Truth About Being A Manglik Dosh 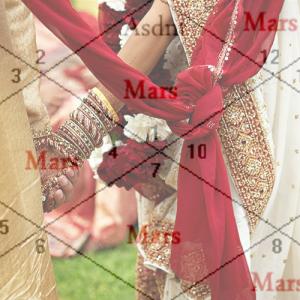 Mars is one of the most important planets in the astrological constituency and plays a vital role in the event of marriage of an individual. Manglik dosha is a defect is caused by the planet Mars. It is ought to bring bad luck and affect the person very badly. It is also known as Kuja dosha.

Manglik dosha is formed when the planet Mars in placed in the 1st, 4th, 7th, 8th and 12th houses of an individuals birth horoscope chart. When the planet is in the 7th house, it is the most dangerous position to be in since it could affect the person's marriage at the worst levels.

When it comes to the marriage, Mars plays a vital role in it in determining the person's future. It is considered to be a negative planet as far as marriage is concerned. When Mars is placed in the wrong house, it causes manglik dosha since it is a fierce planet.