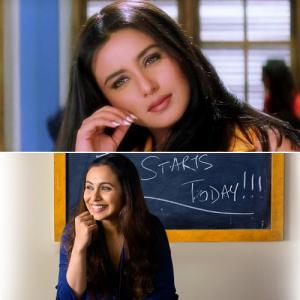 Rani Mukerji is an Indian actress popular in Bollywood industry. The Bubbly actress has some excellent films to her credits like Kuch Kuch Hota Hai, Chori Chori Chupke Chupke, Kabhi Khushi Kabhie Gham, Mujhse Dosti Karoge and many more. She was last seen in Indian crime thriller film Mardaani 2. Here are some interesting things to know about Rani Mukerji.

Salim Akhtar offered her a film Aa Gale Lag Jaa in year 1994 but her father did not agree as Rani was very young at that time. After completing her education she stepped into Bollywood.