B`day special: Why Rannvijay is the best Roadie ever 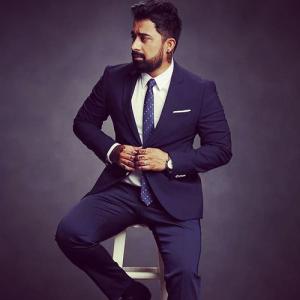 Rannvijay Singh is an Indian television host, film actor and presenter. He is best known for hosting the adventure reality TV show, MTV Roadies. He is acts in Bollywood and Punjabi Films and also a VJ on MTV India. He was the winner of the first season of MTV Roadies (2003). He is also known for his contribution in the field of acting and writing. He was hired by Pond's for the launch of Pond's White Beauty Blemish Prevention UV Cream. Here are some interesting things to know about  Rannvijay Singh.

He belongs to a family with 6 generations of Army officers. Rannvijay has cleared his combined defence forces exam and was all set to follow in his father's footsteps up until the time that Roadies happened and the rest as they say is history.

Rannvijay has confessed that he participated in Roadies just because he wanted to win the bike, Karizma. And since then, the hunk has won that and so much more.