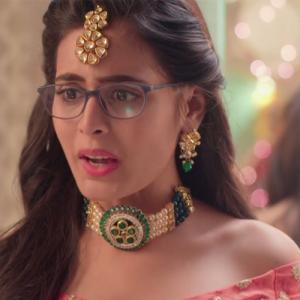 Helly Shah has started shooting for her cameo role in Rajan Shahi's Yeh Rishtey Hain Pyaar Ke. Helly will be seen playing the role of Neha, a bride. Talking about her role in the show, Helly Shah was quoted by The Time of India as saying, "My character is called Neha and I will be part of a grand wedding sequence. I will play a bride and it's nice to know that everything will be around me during the track. It's a special appearance and I will be doing a lot of naach-gaana as well. I am not at liberty to reveal anything beyond this."