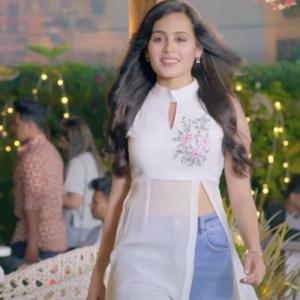 Yeh Rishtey Hain Pyaar Ke is gearing up for new twist. The show is going to head a leap twists, this leap will of 3 months but everything is going change after this. Abeer and Mishti will be separated. Abeer had declined Mishti's love and everything has changed and here major dhama is to unveil. Abeer and Mishti's life takes a short leap whereafter Mishti will be completely changes. Mishti will be seen in more bold and beautiful avatar and had forgotten her bitter past. Mishti wants to move ahed in life and tries to avoid old memories of Abeer, here Mishti will be seen without specs and in more confident avatar. Mishti will meet Abeer at a restaurant but will avoid him and goes towards her new friend played by Vatsal seth. Abeer is all shattered to see this.