Why is Shravan Maas the holiest month 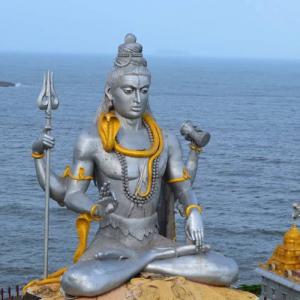 Significance of Shravan Maas:-
Devotees observe austerities, fasts and prayers in this holy month of Shravan. This is the time when Lord Shiva drank the poisonous Halahala that emanated from Samudra Manthan between the Devas and Asuras for the quest of the Nectar (ambrosia). During the Manthan, the ocean produced lots of valuables such as gemstones, Goddesses riches, cows, bows, the Moon, conch etc. which were taken up by gods and demons. Fourteen different gems emerged from the ocean which were divided them. When the Ocean produced the deadliest poison called Halahala, all of them cringed back as it was too dangerous to destroy the universes. It was Shiva who decided to drink it to save the world. His devout wife saw him taking Halahala, she at once held His throat so that the poison wouldn't go down. As a result His throat turned blue and He was called Neelkantha.

Monday is represented by Moon, which in turn symbolises Mind. Moon is placed on Lord Shiva's head. Lord Shiva is believed to discipline the mind of the spiritual aspirant and the devotees. That is why Lord Shiva is especially worshipped on Monday. If you worship Shivaling on Shravan Monday, you can win his special grace. Men, women and especially unmarried girls fast on this day to please Lord Shiva.