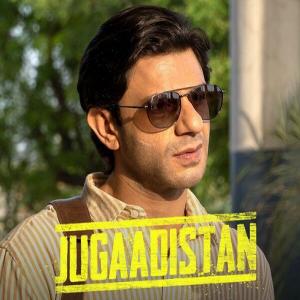 The international Emmy Award-nominated actor, Arjun Mathur, is once again the talk of the town! His recently released trailer of Jugaadistan has been all the rage on the internet. Being launched on a premium streaming platform, Lionsgate Play, the makers of the show unveiled the trailer and have upped the anticipation surrounding Arjun’s role in the show.

A source revealed, Not much has been revealed about Arjun character in the show and this has piqued the curiosity of his fans! The makers of the show have strategically decided to reveal little about his character in the trailer. Fans are waiting with bated breath for his performance!

An original for the premium streaming platform, Lionsgate Play, Jugaadistan, is a story about college politics and jugaad that comes with it. The show has been directed by Akarsh Khurana, and is slated to hit the OTT platform on 4th March this year. On the work front, Arjun Mathur has a packed calendar full of back-to-back shoots. Currently, he is shooting for Lord Curzon Ki Haveli in the UK. Rightly hailed as the filmmaker first choice, the powerhouse performer also has Made in Heaven S2 and Gone Game 2 on the horizon.

Arjun Mathur has always been seen in unconventional and versatile roles across genres and we are certain that this role is going to be nothing different. Would you want to hazard a guess at what his character will entail?