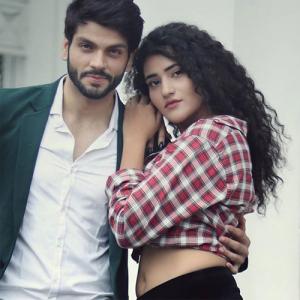 Arshiya Arshi who was eliminated in the MTV Splitsvilla 12 Episode 5 will now return once again in the show and will perform in the task with his connection Piyush. But Piyush Sharma is now the ideal match of Aahna Sharma in the MTV Splitsvilla 12. Her re-entry in the show as a wild card contestant has definitely not gone down well with her counterparts, Aahana, Bhavya, Miesha and Soundarya.

For this week's challenge, Rannvijay and Sunny introduce a new task, Dil Mein Bajjhi Guitar, where the boys have to choose a girl for their challenge. Piyush's decision of choosing between his love Arshiya and his ideal match Aahana lead to a series of fights during the briefing of the task where Arshiya says that 'she loves him' & the whole villa puts allegations on Piyush for cuddling & spending quality time with Aahana. In this task, the boys are hanging on 5 ropes which looks like a guitar string.