Abeer and Mishti parted ways, new entry to spices up the drama 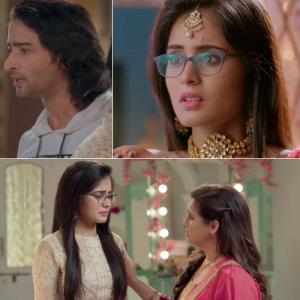 The upcoming track of Star Plus show Yeh Rishtey Hai Pyaar Ke will showcase interesting twist and turn. It was earlier seen that Meenakshi blackmails Abeer every now and then to leave Mishti. While Abeer decides to leave Meenakshi for Mishti. Hence Meenakshi cracks her master plan where she reveals that Kunal is his step brother. Meenakshi decides to kick Kunal out of the Rajvansh house and family if Abeer marries Mishti. Abeer cannot let Kunal breakdown where Parul too begs before Abeer to save Kunal's world. Abeer stops Parul from begging where he takes a big decision and saves Kunal's life from getting spoiled. Abeer also knows that Mishti will never be able to live happily and hence breaks ties with Mishti. Maheshwari family is shocked. Mishti is shocked but refuse to give up on Abeer's love and ask him to meet her.