5 Biggest and longest plane in the world 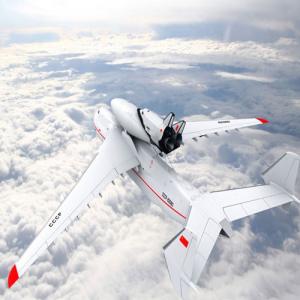 Antonov An-225 Mriya
Ukrainian Antonov An-225 Mriya which is acknowledged to be the world's largest plane. The plane made its first flight in 1988, on December 21. This really huge thing was built exceptionally for military purposes, in particular for carrying the Buran orbiter (Russian Space Shuttle). The developers of An-225 aircraft used a base of An-124 and increased sufficiently its engine capacity.