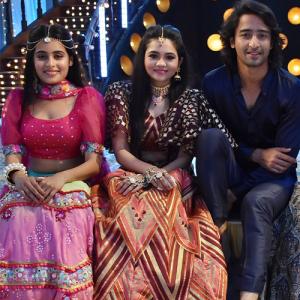 The ongoing track of Yeh Rishtey Hain Pyaar Ke is high on drama as Mishiti and Kunal's friendship is getting stronger, and it seems like romance will soon begin between the two. While Abeer is upset, Mishti consoles him. In the upcoming episode Abeer is trying to distance himself from Mishti while Abeer encourages Mishti to start her new life with Kunal.

Mishti will be surprised over Abeer's ignorance while she tries to move on in life with Kunal, but Kunal seems to be too busy. Kunal and Mishti finally plans a date and here Abeer, Kuhu and Ketki tried to tease them and follows them.

While all this is happening Ketki gets kidnapped and Abeer and Kunal rush to save her. Abeer and Mishti catch Ved in this kidnapping and thus in anger, Abeer raises his hand over Ved and Mishti is shocked to see this behavior of Abeer.