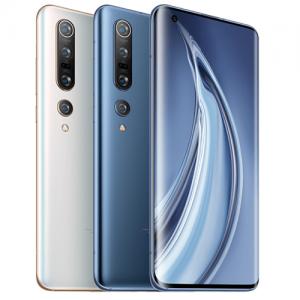 Xiaomi is going to bring the world's first under display camera phone. Xiaomi is going to celebrate its 10th anniversary in China. On this occasion, the company will launch several products on August 11. Xiaomi CEO Li Jun said that one of these smartphones will be the Mi 10 Ultra. This special camera can be found in this phone.

However, don't go rejoicing Mi fans that you'll soon lay your hands on an under-screen camera-packing Mi phone as the source also added that the production volume for the model will be very small. That is attributed to the phone being more of a demo product than one intended to be commercialized. Anyway, this contradicts Lei Jun's promise of making plenty of units available.

Xiaomi will release two versions of the Mi 10 Ultra. One will come with a ceramic panel while a second variant will have a transparent back panel. The leak also shows that the version with a ceramic back panel which should be the base variant will come in 8GB+256GB and 12GB+256 GB configurations. On the other hand, the model with a transparent back panel will be available in 12GB+256 GB and 16GB+512GB options.