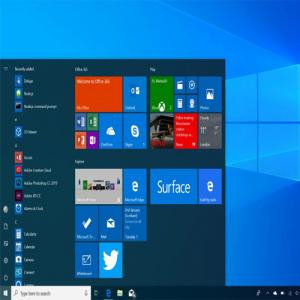 Microsoft's Your Phone app can already relay text messages, sync notifications, and share images between your phone and your PC, but soon it will gain the ability to make phone calls. The feature will roll out in the future, but we managed to get a first-look and to go hands-on with the new feature. With the Your Phone app you can dial a number or search your contacts to make a call. In our hands-on, we couldn't show off viewing call history, but that feature will be available in the future. Your Phone treats your PC as a Bluetooth peripheral to make calls. The UI on the PC has a number pad and a button that allows you to transfer your call from your PC to your Android phone.

The Your Phone app's name may be simple, almost ill-chosen, but it belies the power of the app. At least on Android, it allows users to see their phone notifications on their desktops so they won't have to even lift their phone to see who sent them a message. And if it's indeed a message, users can send a reply right from their Windows 10 computer.

It seems that Microsoft is expanding that to cover not just messages but also phone calls. Allow users to make and manage phone calls from the convenience of their computers. The feature isn't available widely yet and could be undergoing random A/B testing for a wider rollout soon.