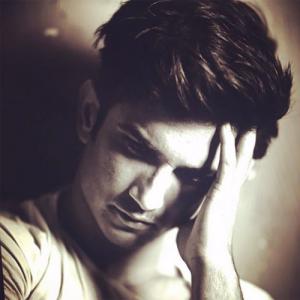 Sushant Singh Rajput died by suicide last week, at the age of 34. He was suffering from depression. Following his death, the focus has once again been set on nepotism in the film industry. An old tweet by author Chetan Bhagat, in which he'd announced Sushant Singh Rajput's casting in the film adaptation of his novel, Half Girlfriend, has been unearthed. Sushant dropped out of the film, and was replaced by Arjun Kapoor.

"So happy to share @itsSSR will play lead in @mohit11481 directed Half Girlfriend. Shooting begins 1Q16," Chetan had tweeted in late 2015. Sushant had made his film debut with another Chetan Bhagat adaptation, Kai Po Che!. Sushant had said in an interview that he dropped out of Half Girlfriend and other films because of scheduling conflicts.

Asked about why he dropped out of Half Girlfriend in favour of Dinesh Vijan's Raabta, Sushant had said, "See, I was doing many films and they are all releasing now. I don't want to name them. What happens is, when I give my word to someone and he's delaying (not because he wants to, but because of a particular reason) and I get to understand it, I won't ditch. So be it the biggest film with the biggest studio or the smallest film, I won't leave another film. So unfortunately, because of the two films that I was doing and that didn't happen, I lost out on 12 films in the last one year. One film didn't happen and the other was put off by a few months. And these films are the films that we generally talk about these days. Let's not get into all that."