What to do: 5 Reasons why your boyfriend is ignoring you 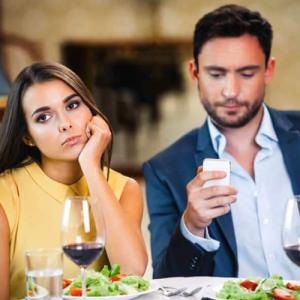 There are few things more frustrating than when your boyfriend ignores you. Feeling ignored is just as hurtful as it is frustrating. There is so little you can do to make someone respond to you. And it's a common situation while dating: You really like someone and it seems like it's going well until all of a sudden, their responses come less and less until you feel like they're purposely ignoring you. The good news is that just because you feel neglected, it does not necessarily mean that your boyfriend does not care about you anymore. It also does not mean the relationship is falling apart. However, it may mean that you need to take some steps to improve the relationship. Yes, you. Remember, you can only control your behavior, not your partner's.

This is the main problem of all girls. After a period of relation a time comes when girl thinks that her boyfriend is ignoring her. But there are several reasons which will let you know the reasons that why your boyfriend ignores you-

Yo are Always around
A guy likes to be able to miss the girl he's with, and he might be ignoring you if you are constantly around for him not to miss. Truthfully, you want to make sure that you leave a little mystery to your relationship. If this is one of the reasons he ignores you that you have noticed, make sure that you let him plan a night out with the boys while you go out with the girls.