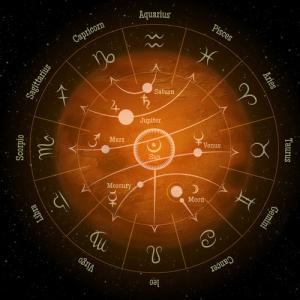 Mars is the fourth planet from the Sun. It is called Mangal in Hindi, Kujja in Sanskrit. West has named it after the Roman God of War. Mars is also referred to as the Red Planet because of its reddish appearance as seen from Earth. Similarly all the planets are divided into 4 elements of nature - Fire, Earth, Air and Water. Mars is supposed to be a fiery planet.

Mars in horoscope can be both positive and malefic depending upon its placement. It can help overcome challenges, topple competition, and win over enemies. On the other hand, its energy can be self-destructive too causing harm, injury, wounds, accidents, and excessive sexual urge to the native. Mars is the planet to which we call mangal grah in Hindi and had a great role in our life. However the effects are always depend on our Zodiac Sign. So, check out your Zodiac Sign that how mangal grah effects on it-

Aries
This fiery Mars is known for great vitality, along with a restless nature. Becomes energized when pushed beyond known limits, in competitive situations, or when called on to fight. Can be combative, daring, courageous and grow more resolved when there's friction to play against. Runs hot and ardent when passions are inflamed, but can lose interest just as quickly.

Taurus
Taurus finds satisfaction in cultivating an art, building things, lining the nest, being in nature and enjoying sensual pleasure. Has one eye on security, and the ability to build on resources in a wise, steady way. Slow to anger, but once aroused, has steam coming out of the ears. Can stubbornly lock into a position, and be unable to make a course correction. Is known to be jealous and see the love object as the property of their heart.