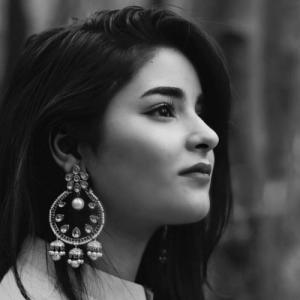 A Mumbai businessman, Vikas Sachdeva, who was accused of molesting former actress Zaira Wasim in 2017 onboard a flight has been found guilty of the molestation charges. The 41-year-old businessman has been sent to three-years imprisonment. Vikas Sachdeva was accused of moving his foot up and down repeatedly on Zaira Wasim's neck onboard flight when she was half-asleep. The Mumbai man has been convicted by a court in Dindoshi under Section 8 of POCSO Act and Section 354 of IPC.

Sachdeva was arrested in December 2017 after the alleged molestation incident involving the "Dangal" actress enraged the nation, evoking intense reactions from politicians, women organisations and activists. However, Sachdeva's wife Divya in December 2017 issued a statement in which she sought to defend her husband as innocent claiming he had no intention to molest. She told mediapersons that there was a death in the family for which he had gone and had not slept for 24 hours.

Divya claimed that he even told the Vistara Airlines crew not to disturb him as he wanted to sleep, and he had kept his foot on the arm rest, but without the intention to harass Zaira. Zaira highlighted her ordeal on a New Delhi-Mumbai late on Saturday when the accused seated behind her moved his foot up and down her neck and back. She narrated and broke down in a self-shot video which went viral, drawing widespread condemnation from all over India yesterday.