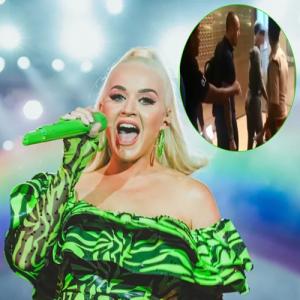 Katy Perry, seemingly ignoring security protocol at the Mumbai airport, has been shared online, sparking mixed reactions from fans. The singer was in India as part of the OnePlus music festival held at the DY Patil Stadium in Navi Mumbai on Sunday.

The incident sparked mixed reactions from fans. "This utter disregard of airport security check should be brought to the notice of administrators," one person commented. "Yes she is an international superstar but that gives her no right to disobey Indian laws and security protocols," wrote another.