Top10 trending destinations in the world: Jodhpur become one of them 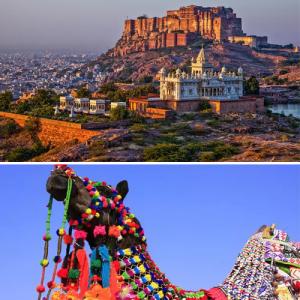 Jodhpur in Rajasthan could become one of the most-visited destinations in the world, in the coming year. A study conducted by Booking.com - a digital travel company - lists the second largest city of Rajasthan alongside some hidden gems in Eastern Europe and under-the-radar spots in Asia, as places that are most likely to interest tourists in 2020. Additionally, it also predicts an influx of tourists primarily from countries like New Zealand, Croatia and Mexico, in the coming year.

Besides the 'Blue City', the list comprises the following up-and-coming destinations: Il Gzira in Malta, Ninh Binh in Vietnam, Salta in Argentina, Seogwipo in South Korea, Swinoujscie in Poland, Takamatsu in Japan, San Juan in Puerto Rico, Zabljak in Montenegro, and Yerevan in Armenia.