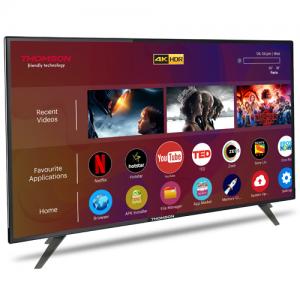 The Thomson Oath Pro series will run on certified Android TV 9 Pie, giving users access to the Google Play store to download and install apps and games on the TV. Netflix, YouTube, and Amazon Prime Video will be pre-installed on the TV, with hotkeys on the remote for quick access to the streaming services. As is the case on most Android TV devices now, there will also be access to Google Assistant for voice commands.