The story behind black magic, facts about it 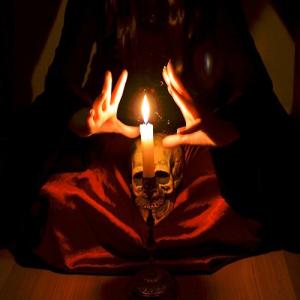 Hindu acts of black magic
Black magic is normally practiced by Hindus, using things like lemons and chilies. The strings of lemon and chilies with negative energy prevailing in them are placed at busy places, and these things transfer the negative energy into the pedestrians who cross the string. Several Hindu black magicians perform rituals that involve skulls.

Tantriks
The way Tantriks work is a mystery by itself. In many Indian films, the workings of a Tantrik are revealed to some extent. Basically, a Tantrik invites an evil soul, makes offerings to the soul and gives the soul anything related to the person- even a piece of cloth the person might have touched will suffice. Once the offering is made, the negative energy inflicts the person in question.