Sushant Singh googled his name, read a few articles about self before suicide 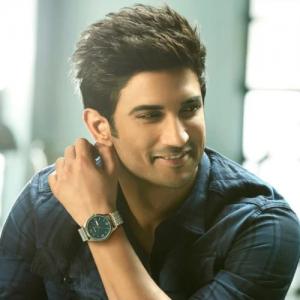 It has been learnt that Sushant Singh Rajput googled his name before suicide and read a few news articles on him. The primary forensic report of his mobile collected these details, sources revealed. As per the forensic report, Sushant searched for his name on Google at 10.15 am on June 14. The Google search history of his phone reveals that he wrote 'Sushant Singh Rajput' on the website and read a few articles on his and some news reports.

Mumbai Police is currently investigating the suicide case. Twenty-eight people, including members of his family, work associates, close friends and household staff, have been questioned so far. During the interrogation, some of Sushant's friends also informed the cops that he was in stress and felt that someone was trying to tarnish his image. The actor often used to discuss reports published about him in magazines and newspapers with his team.