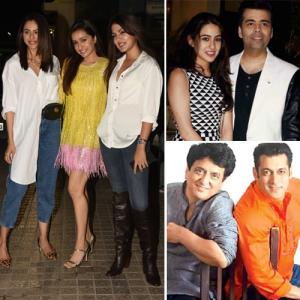 The Narcotics Control Bureau (NCB), probing drugs angle in the actor Sushant Singh Rajput death case, on Friday arrested five persons in separate cases and seized over 1.4 kg of contraband, an official said. Rahil Vishram (42) was apprehended from his residence in suburban Versova and arrested after questioning in the drugs case related to Rajput's death, the NCB official said.

The Narcotics Control Bureau (NCB) is all set to question Sushant Singh Rajput's former manager Shruti Modi and talent manager Jaya Saha on Monday. Their questioning was delayed from last week after a member in the team of NCB officials tested coronavirus positive.

According to a report published in Republic World, the actress had cracked on the 55th question after the agency made her realise how serious offence it is to procure and peddle drugs. As per the reports, the officers told Rhea, "Well, if you didn't consume, you are a peddler which is a more serious offence."  Apparently, it was this question which made Rhea admit about consuming drugs to NCB. This isn't all. The actress, also reportedly, admitted that she was asked the deny taking drugs and was tutored lines about the same by her team. Besides, it also reported that she has also named a few Bollywood A-listers in the case.