Study: What your friends' brains look like when they think of you 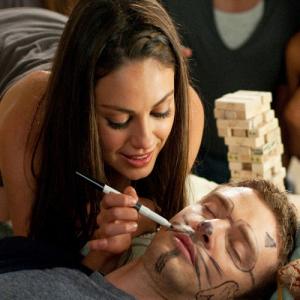 A new research may provide you with a clue of what's going on in your friends' brains when they think about you. It turns out that the brain activity patterns found in your friends' brains when they consider your personality traits may be remarkably similar to what is found in your brain when you think of yourself, the study suggests. The results of the following study were published in the 'Journal of Personality and Social Psychology': Attitudes and Social Cognition. The same group of friends will have a different brain activity pattern when they think of someone else in your group - and more in alignment with that person's pattern, findings indicate.

It was somewhat surprising to see the close similarity in brain patterns between individuals and their friends, said Dylan Wagner, co-author of the study and assistant professor of psychology at The Ohio State University. "It didn't have to be that way. We thought it was equally possible that you would think of me in the same way as I think of myself, but the way your brain encodes that information could be totally different," Wagner said.

The study was led by Robert Chavez, an assistant professor of psychology at the University of Oregon, who did the work as a postdoctoral researcher at Ohio StateChavez and Wagner made this finding using a research design that had rarely been used in functional neuroimaging experiments before.

They recruited 11 people who were all friends with each other to varying degrees. ("They were a pretty tight-knit group from the same academic program who all spent time together at the university as well as outside of it," Wagner said.) The novel part is that the researchers used a round-robin design in which everyone evaluated each other - and evaluated themselves - on a variety of personality traits, Wagner said. In one session, each participantrated each of the other 10 and themselves on a variety of personality traits in a written questionnaire.

TAGS : study, what your friends brains look like when they think of you, friends, brain, relationships, research, ifairer