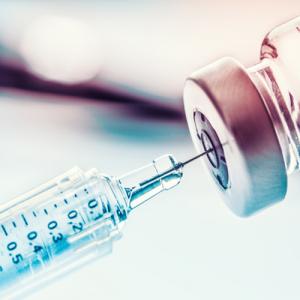 To do this, a collection of BCG strains that had each lost a single gene were injected into cows and survival rates measured. This allowed the team to identify genes that could be removed without compromising the BCG vaccine's effectiveness. These dispensable genes encoding immunogenic proteins were then deleted from the BCG chromosome to make a BCG-minus strain.

It was found that TB-infected guinea pigs tested positive for the disease using the synthetic skin test whilst guinea pigs vaccinated with the BCG-minus strain did not. So, unlike PPD, the new skin test also works in animals that are protected from TB by BCG-minus vaccination. This potentially allows farmers and veterinarians to protect their animals with the new BCG vaccine, whilst still maintaining a diagnostic test that will detect TB.