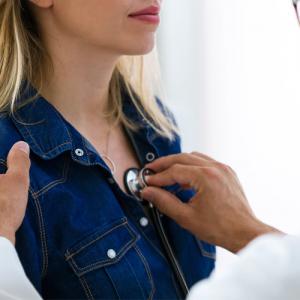 There is no effective treatment for this kind of heart failure yet, the study published in the journal Nature Medicine. "Men and women have different biologies and this results in different types of the same heart diseases. It is about time to recognise these differences," said study researcher Eva Gerdts from University of Bergen in Norway.

For the study, the researchers have compared common risk factors for heart diseases and how these affect men and women differently. They have, among other things, focused on the sex differences in the effect of obesity, high blood pressure and diabetes.

According to The World Health Organization (WHO), 11 per cent women and 15 per cent men are obese (BMI over 30 kg/ m2) globally. In Norway, one in five adults are obese. "If we see this from a life span perspective, we can see that obesity increases with age, and that this trend is greater for women than men. Obesity increases the risk of having high blood pressure by a factor of three. This, in turn, increases the risk of heart disease," Gerdts said.