Study: Lava tubes on moon and mars are 1,000 times larger than those on earth 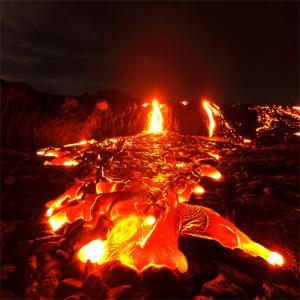 Scientists have carried out research studying lava tubes that can act as bases for astronauts visiting other worlds. These tubes are believed to exist below the surface of the Moon or planets. These tunnels can protect astronauts from cosmic radiations. During the study, the scientists from the European Space Agency and the Universities of Bologna and Padua examined the subsurface cavities created by lava beneath the surface of Mars and the Moon billions of years ago. The research was published in Earth-Science Reviews, reported Independent.

They also studied similar tubes found on Earth to gauge the size of the ones thought to exist on other worlds. The tunnels on Earth can be found in Hawaii, the Canary Islands, Australia and Iceland. The researchers revealed that lava tubes on the celestial bodies are up to 1,000 times larger than those on our planet. The tubes found on the Moon are up to 100ft wide and more than 25 miles long. The team said that these are the largest tubes and enough for a base the size of a small town.