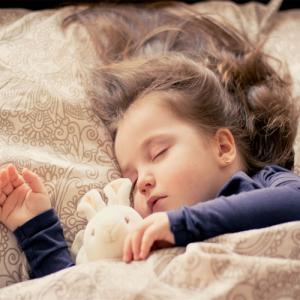 Research has put into light the fact that sleep complications in the first twelve months of a baby's life could further lead to an autism diagnosis. Moreover, it changes the course of growth in hippocampus, which is an integral part of the brain. Annette Estes is the senior author of this study and also the director of the UW Autism Centre. She remarked, "The hippocampus is critical for learning and memory, and changes in the size of the hippocampus have been associated with poor sleep in adults and older children. As many as 80 per cents of the children with autism spectrum disorder have sleep problems."

American Journal of Psychiatry published this research. In order to arrive at such a conclusion, more than 400 samples were taken of children aged between six months and a year. The infants who were later detected to have autism have had to undergo issues in falling asleep. Estes further said, "It could be that altered sleep is part-and-parcel of autism for some children. One clue is that behavioural interventions to improve sleep don't work for all children with autism, even when their parents are doing everything just right."

She continued, "This suggests that there may be a biological component to sleep problems for some children with autism." Minute segregation was done to separate infants who had high-risk of being diagnosed with autism from the ones who had a lower risk for the same. Almost two-thirds of the samples collected were of those children who ran a greater probability of being examined with the same. It is interesting to note that the infants in question already had an older sibling who had been diagnosed with the disease.