Study: Exploring neighbourhoods can be as satisfying as travelling abroad 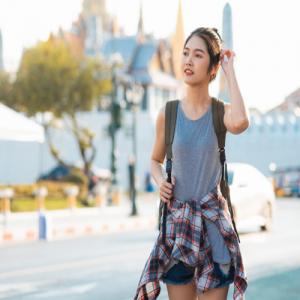 A recent research has found that there is as much joy in exploring your neighbourhood as there is in visiting a new country. International travel may be off-limits for now, given the circumstances, but that should not stop you from exploring and finding out new things about your immediate surroundings. In fact, the research says, it could be a thrilling experience!

The study has been published in Nature Neuroscience, and it says there is joy in exploring any location, even if that is around the corner from where you live. For the research, the team tracked the movements of more than 100 people residing in New York and Miami in the US, over the course of a few months. It was found that those people who had new and diverse experiences on a regular basis showed increase in the levels of happiness, along with other such positive emotions.

To put simply, these experiences do not have to be about travelling long distances, and they certainly do not have to be elaborate either. The research says the key is to find yourself in different locations on a daily basis. "Using geolocation tracking, experience sampling and neuro-imaging, we found that daily variability in physical location was associated with increased positive effect in humans," the researchers were quoted as saying.