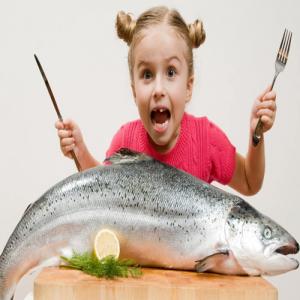 The University of Pennsylvania is to be credited for bringing to the fore this research, which connects fish consumption to good sleep and improved cognition. According to the study, children who eat fish at least once a week sleep better and have higher IQs by an average of 4 points. Fish contain omega-3 fatty acids which have numerous health benefits. Among other things, these help in the relaxation of muscles, in digestion and in the clotting of blood.

For the study, a group of 541 children in China - of varying age groups - were asked to complete a questionnaire about how often they consumed fish. The options ranged from "never" to "at least once per week." An IQ test examining verbal and non-verbal skills, such as vocabulary and coding, was also conducted.