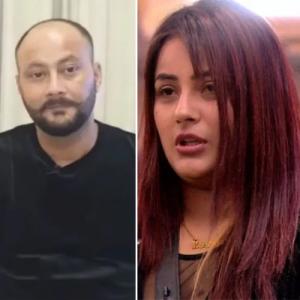 Bigg Boss 13 contestant Shehnaaz Gill's father Santokh Singh Sukh has been booked for an alleged rape case. Police have registered a case against Santokh Singh, father of Shehnaz Gill for allegedly raping a 20-year-old girl. According to reports, the victim, who hails from Jalandhar, had alleged that Santokh alias Sukha Pardhan had allegedly raped her on gunpoint in his car on May 14 but she couldn't sum up courage to file a complaint against him.

Investigating officer of the case assistant sub-inspector Harpreet Kaur informed that the police had registered a case on the complaint Rashmi (name changed), resident of Jalandhar against Santokh Singh, resident of Beas. She informed that the women stated in her complaint that on May 14 she along with one of her women friend went to Beas to meet her male friend Lucky Sidhu. At around 5.30pm when she reached Beas, the alleged forced her to sit in the car and raped her on gunpoint and also gave her life threats.