Shefali Jariwal Says Every Violence Is Not Physical 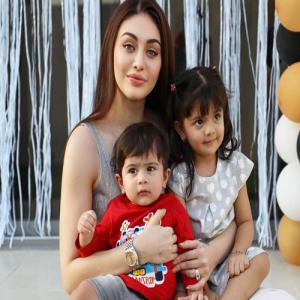 Actress Shefali Jariwala, in an interview with Times Now, opened up about her first marriage and her ex-husband Harmeet Singh of composer duo Meet Brothers and shared that she was facing "mental violence" in her marriage and was "unhappy," that's why she filed for divorce. Shefali married Harmeet in 2004 and after a couple of years, the duo divorced in 2009 on an ugly note. Back then, Shefali Jariwala had reportedly accused Harmeet Singh of domestic violence while filing for divorce. While talking to Times Now on why she ended her first marriage, Shefali Jariwala, who is now married to actor Parag Tyagi, said: "It is very important to understand that you are not being appreciated. Not every kind of violence is physical. There is a lot of mental violence that also happens and you are very unhappy in your life."

She added that she was able to take the big step of her life because she was "independent." Shefali rose to popularity after her performance in the 2002 track Kaanta Laga. After the same, she disappeared from the industry and soon returned to reality shows. She participated in the dance reality show Nach Baliye with her then-boyfriend and now-husband Parag Tyagi. "I think, one of the reasons why I could decide for myself, was because I was independent. I was making my own money," she told Times Now and added: "The biggest fear in our country is of the society. Divorce is considered to be taboo but the way I have been raised, is to not really care about society but just do what we feel is right. I could take such steps in my life and had strong support."