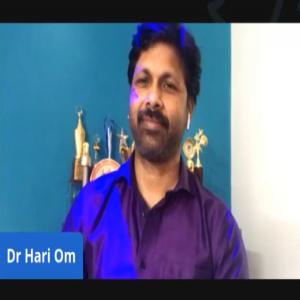 Jaipur। IAS Association, Rajasthan organized an online conversation with senior civil servant, Dr. Hari Om today. He was in conversation with IAS Literary Secretary, IAS Association, Rajasthan, Ms. Mugdha Sinha. During the conversation, the duo discussed Dr. Om’s book ‘Kailash Mansarovar Yatra- Aastha Ke Vaicharik Aayam’. He spoke about how he came to go on the ‘Yatra’, the experiences he encountered on his route, his change in personality after the ‘Yatra’ and the mental as well as physical fitness required to complete the journey. Throughout the conversation, Dr. Om also sang many mellifluous Ghazals. The programme was held on the Facebook page of the IAS Literary Society, Rajasthan.

Talking about how he came to go on the ‘Kailash Yatra’, Dr. Om said that when he was young he was always engaged in the Lord’s worship. As he grew up although he left the rituals behind but he carried forward the sacraments with him. A colleague convinced him to go on the trip. He did not think about its difficulty and only focused on the adventure. His father always told him to write on the ‘Shivalaya’ and after the ‘Yatra’ he felt he could finally do so. He wrote the book after 1 year of research and added in his own experiences of the ‘Yatra’.