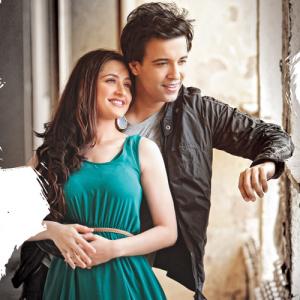 Television actor and couple Sanjeeda Shaikh and Aamir Ali are among those popular celebrity couples who are known for setting major relationship goals. The two of them tied the knot back in the year 2012. The couple has never been a part of any controversy and mostly chooses to remain away from the limelight. However, Sanjeeda and Aamir recently made headlines when some reports of the couple facing some issues because of which they are not even staying together started spreading around. Sanjeeda Sheikh and Aamir Ali's social media handles were once filled with their mushy pictures but from quit some time, the duo has stopped posting pictures together.

And recently, we got to know that  Sanjeeda and Aamir have a baby girl, who is around four months old now. The two had opted for surrogacy. Talking about their marriage, a source revealed that differences started cropping up between them some time ago, but they were trying their best to not let it hamper their relationship. Matters escalated a few days after Sanjeeda returned from a shoot in London in October last year, and she left for her parental home. Though they continued to be in touch for some time after that, they stopped talking to each other over a month ago. Since the differences are a result of minor issues.