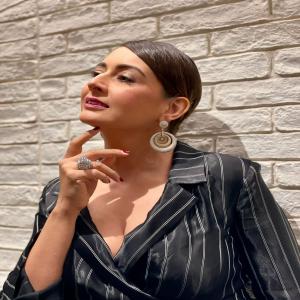 Remember the enigmatic girl in her wedding dress waiting at the station in the movie, Mohabbatein? She effortlessly made her way into everyones heart with that one scene alone. It was Preeti Jhangiani debut movie, and ever since then, she has come a long way in her career and now has forayed into sports entrepreneurship. She became an entrepreneur to change and impact others lives, which she did precisely by launching India first professional arm-wrestling league, The Pro Panja League.

It is indeed an iconic moment in Indian history as Preeti shows the potential and power of women in sport in an inspiring way. The actress turned sports entrepreneur looked super proud at the launch of the second-ranking tournament of the Pro Panja League and we spoke to her.

Here is what Preeti says, We are part of such a diverse country where sports is such a huge mainstay. However, it is only Cricket that got the ultimate shine and I always wanted to make a change. Arm - wrestling was a perfect fit.The idea originated from my husband Parvin Dabas fascination with the sport and its popularity during his childhood. Just like kabaddi is a game we all always played as kids, and is such a popular sport today and played professionally, arm wrestling is a game we all played as kids!So together, we decided to put those thoughts into action and We feel so proud today to become the founders of the first professional arm-wrestling league that will stay dedicated to promoting and encouraging arm-wrestlers and taking arm wrestling in India to the international stage.