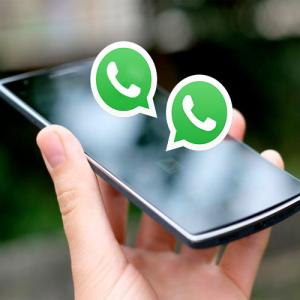 So if you are beta users, you can update your WhatsApp to the 2.20.194.7 Android beta and 2.20.70.26 iOS beta to view the animated stickers. However, if you don't find the updates even after updating your app, back up your chat history and reinstall the messaging app from Play Store or App Store. Even after reinstalling the app, if you don't find the animated stickers you can only wait for WhatsApp to roll out the feature for you.