No TV shoots to resume from June-end, says FWICE 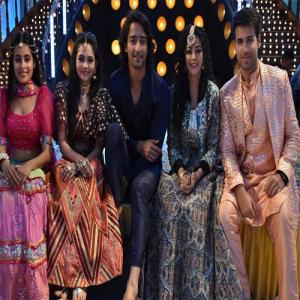 Television and film shoots have been suspended since March-end. However, the TV industry saw a ray of hope when Federation of Western India Cine Employees (FWICE) president BN Tiwari, just a week ago, said that the shoots could resume from June-end. In an interview, FWICE President BN Tiwari said that TV show shoots would resume by June-end with several guidelines in place. However, FWICE General Secretary Ashok Dubey has called these guidelines 'false and baseless'.

Indian Motion Pictures Producers' Association or IMPPA has issued a statement, signed on behalf of President TP Aggarwal by Anil Nagrath, secretary of IMPPA, who spoke to Ashok Dubey regarding the resuming of TV shoots. Dubey refuted the reports of FWICE issuing such conditions for resuming shoot.

The statement from IMPPA reads: We have been informed by many members that they have come across many messages from FWICE in the press, electronic and social media including latest WhatsApp message being circulated specifying the names of office bearers of FWICE stating that shooting of TV serials shall start from June end for which FWICE has issued guidelines that one inspector and ambulance shall have to be present on the sets at all times and though only 50% workers will be allowed to work, the producer will have to pay all the workers and if anything untoward happens to any worker due to Corona virus, the concerned Producer will have to pay compensation of Rs. 50 lakhs to that worker.