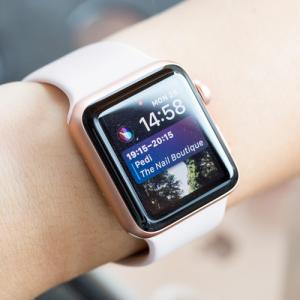 Apple has filed a patent with the United States Patent and Trademark for the next-generation Apple Watch. Patent no 20200033815 is titled Watch With Optical Sensor For User Input. The patent shows that Apple Watch could ditch the current Digital Crown for an optical one. Here is what the patent abstract says. "A watch can include a user input component that employs an optical sensor to receive input from a user. The input components provide an ability for a user to interact with the watch in a manner similar to how a user would interact with a crown that is rotatable and/or translatable."

The abstract explains how the crown could feature an optical sensor to register tactile gestures. It is possible that the future iterations of Apple Watch no longer come with a physical-digital crown. Sure, the digital crown works fine and there is no real need to replace it with an optical crown. But there are times when we accidentally press the digital crown. Plus, being a flat digital crown means, Apple could save some space to accommodate some other components.