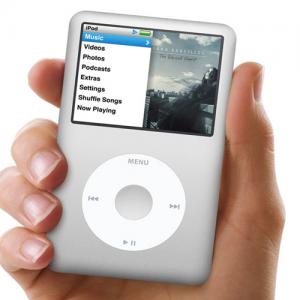 Elvin Hu who is an iOS developer has designed an iPhone app that will turn the smartphone into an iPod Classic complete with haptic feedback, click sounds, and Cover Flow album above the click wheel. Hu shared on Twitter an 18-second video showcasing an early look of the app's interface, which essentially turned his iPhone into iPod Classic with the nostalgic click wheel and cover flow. A design student at Cooper Union college in New York City, Hu told The Verge in an email that he has been working on the app since October.

Hu hopes to complete the development of the app by the end of December, according to The report. But whether it will be released for public will largely depend on Apple. However, he is not very hopeful since Apple has "legitimate reasons not to (patents and other reasons)," the report added. In this case, Hu will likely release it as an open source project based on response from the community.