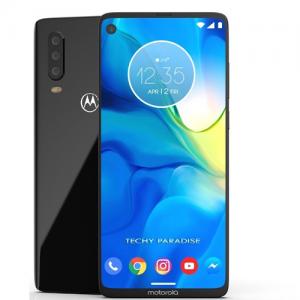 The Moto G8 Plus is the successor to the Moto G7 and is aimed at consumers looking for a great and unique camera experience. The Moto G8 Plus comes only in one variant and is priced at Rs 13,999, with sales going on from the end of October. The Moto G8 Plus, as the name suggests, is the flagship offering in the Moto G8 series and offers the best of what Motorola has to offer for India. Similar to previous Moto G models, the G8 Plus aims at offering a great camera experience along with a clean stock Android experience for customers. India is only getting the Moto G8 Plus in a single variant with 4GB RAM and 64GB storage, with the latter being expandable up to 512GB. Motorola will start selling the G8 Plus on Flipkart from the end of October. Motorola is currently offering the G8 Plus in two gradient colour finishes: Cosmic Blue and Crystal Pink.

After a long time, Motorola has hit the sweet spot with the G series when it comes to specifications. The Moto G8 Plus gets the relatively new Snapdragon 665 chipset that's paired with 4GB RAM and 64GB storage. As with all Motorola phones, the G8 Plus runs on a stock build of Android 9 Pie, which should offer smooth and fast performance as well as faster Android updates. Despite the UI being stock, the G8 Plus gets the classic Moto Experiences such as Glance screen, Moto Gestures and more.