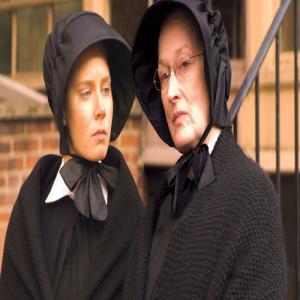 Oscar-winning actress Meryl Streep taught actress Amy Adams how to knit to calm down. The two actresses joined hands to play nuns in the 2008 drama "Doubt", and Adams shared Streep shared her hobby to help the "Justice League" star focus while bonding with their movie characters, reports aceshowbiz.com.
"I learned how to knit - Meryl Streep taught me," Amy told Kelly Clarkson on her daytime talk show.

Adams added: "She's a big knitter, she's very crafty. She did it in two parts - to sort of creating a bonding experience between our characters, and also probably she felt sorry for me because I tend to be a bit energetic. So I'm sure she thought it was a great way for me to direct my energy instead of just skipping around in my (nun's) habit."

Knitting is not the only skill Adams took from the cine icon.
Adams said: "She taught me many things. I worked with her and I'm still completely enamored by her. I always say I carry around a little, like, Meryl in my heart. Whenever I'm stuck with a tough decision, I'm like, 'What would Meryl do in this situation?' "

After "Doubt", dams reunited on screen with Streep in 2009's critically-acclaimed movie "Julie & Julia".
Streep won the Best Actress title at numerous prestigious awards including Oscar and Golden Globes for her portrayal of famed chef Julia Child in the Nora Ephron-directed biographical movie.