Menopause may be blamed for increased forgetfulness, lack of attention 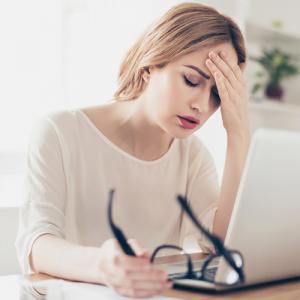 A new study suggests that a woman's menopause stage can affect cognitive performance, and declines in memory may persist in the post-menopause period. The study suggests, if you're a bit more forgetful or having more difficulty processing complex concepts than in the past, the problem may be your menopause stage. A new study claims that the menopause stage is a key determinant of cognition and, contrary to previous studies, shows that certain cognitive declines may continue into the post-menopause period. Study results are published online in Menopause, the journal of The North American Menopause Society (NAMS).

It's commonly assumed that people's memories decline with age, as does their ability to learn new things and grasp challenging concepts. But multiple large-scale studies have suggested that menopause is a sex-specific risk factor for cognitive dysfunction independent of ageing and menopause symptoms such as depression, anxiety, and hot flashes.

Many of these previous studies, however, did not characterize the duration of cognitive changes taking place between premenopause and perimenopause but suggested that difficulties in memory and processing may resolve in the postmenopause period. A new study involving more than 440 primarily low-income women of colour, including women with HIV, concluded that menopause stage is a key determinant of cognition but that clinically significant cognitive declines/cognitive impairment persist into postmenopause, affecting primarily learning and memory. Subtler declines in attention were additionally found to continue into the postmenopause period.