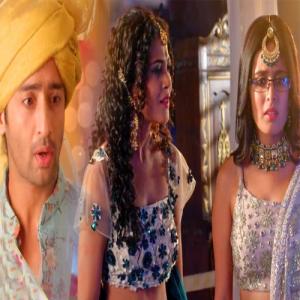 On the other side, during Navratri celebration Kunal crosses his limit and Mishti ends up slapping Kunal. Kunal gets super irked and leaves from there and Kuhu comes after him, here Kunal and Kuhu had their fight. Kunal blames Kuhu for what all happened and how her sister slapped her and she didn't apologize to him. Kuhu has fight with Kunal as how he married her for revenge. Kuhu unveils how he lied about loving her and then played with her and made her work against his own sister Mishti. Abeer hears all this and is shocked to know Kunal and Kuhu's relationship truth and about Kunal's hatred for Mishti. Abeer is broken that his brother Kunal married Kuhu to take revenge from Mishti and is hurt as how everything is ruined.