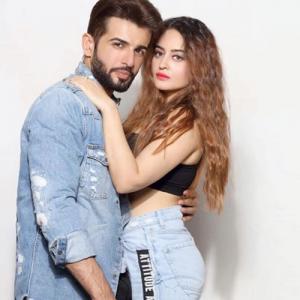 Actors Jay Bhanushali and Mahhi Vij are expecting their first child. In 2017, the much-in-love couple had adopted their caretaker's two kids. According to a report in The Times Of India, Mahhi is in her second trimester. Mahhi has been away from the limelight for about two years now. And ever since then gossip-mongers have been at their best spreading the news of her being pregnant.

Few months back Mahhi had said, "Of course, Jay and I would like to have a baby, but not now. There is a time for everything and when the time is right, I will have a baby and be open about it. People won't have to guess and spread rumours, which they have been doing for the past two years. I am looking at good work and women-centric shows." Mahhi and Jay have taken the onus of funding their (adopted kids) education and decided to raise them as their own.