Maheck Chahal and Ashmit Patel call off their engagement, part ways after 5 years 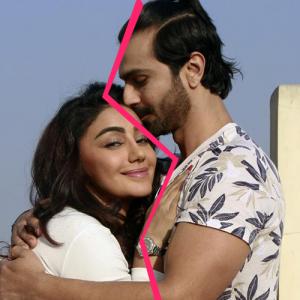 Ashmit Patel and Maheck Chahal, who were in a steady relationship since a long time, have parted ways. According to reports, they were facing problem in their relationship and mutually decided to called off engagement. In August 2017, the couple got engaged in Europe where Ashmit proposed Maheck for marriage with a ring and she said 'yes'. Ashmit had revealed that they will tie the knot in another six months. However, nothing like that happened as Maheck & Ashmit are no more together. Ashmit-Maheck were happily living in however problems between them reportedly started few months ago and they have now ended their relationship after being together for five long years.

A source close to the development told an entertainment website, "They got engaged in August 2017, and were planning a destination wedding a year later. However, compatibility issues cropped up and so, they decided to push the wedding. Things gradually deteriorated, and a few months ago, they finally parted ways.

Maheck too confirmed her separation with Ashmit. She said, "I left Ashmit. I had to take that step and walk out."