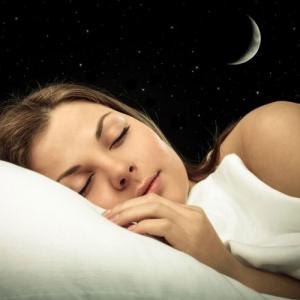 Two new studies have found that there is a connection between the phases of the moon and our human sleep and menstrual cycles. The latest research published in the journal Science Advances has shown that a few days before a full moon, people tend to go to bed late and sleep for a lesser period of time. It has been believed and hypothesized for years that light, natural (sunlight or moonlight) and artificial, is somehow connected with the sleeping patterns of human beings. Before artificial light was invented, the moon was the only source of light once the sun had set.

To further understand this, the team used wrist monitors to establish the relation between nocturnal sleep timing and the lunar cycle. For the study, they chose different participants living in rural and urban areas to find out if the environment also plays a role.

Surprisingly, all three communities showed the same pattern of sleep oscillations during the moon's cycle. The sleep duration changed by some 20 and 90 minutes, and bedtimes varied by 30 to 80 minutes during the natural satellite's 29.5 day-long cycles. The study concludes that human sleep was synchronised with the lunar cycle, irrespective of ethnic and socio-cultural backgrounds.