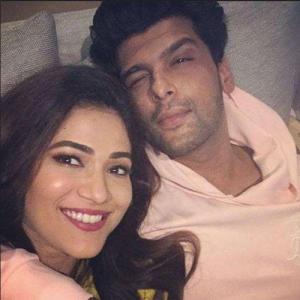 Indian TV actors Kushal Tandon and Ridhima Pandit were linked together ever since they started shooting for their ALTBalaji web series Hum. The two have always said that they are just friends and nothing more than that. However, recently some entertainment portals reported that all's not well between Kushal Tandon and Ridhima Pandit. Both the actors have unfollowed each other on social media sites and also deleted each other's pictures.

This piece of news didn't go down well with Kushal Tandon, who took to Instagram to slam the media for carrying their breakup story. He wrote, "An indispensable prerequisite for a breakup is an existing relationship. To the best of my knowledge, I have been single for over a couple of years." Kushal Tandon also wrote that none of his co-stars would stoop so low for publicity's sake.

All the pictures that Kushal and Ridhima had posted with each other to wish them on their birthdays have also been deleted. Kushal had thrown a surprise birthday party for Ridhima, which had set the rumour mills churning about the two being in a relationship.