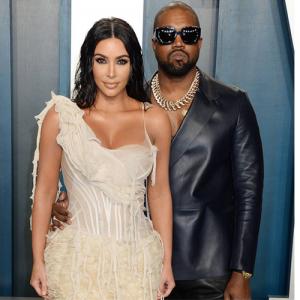 "He (Kanye West) knows that she's (Kim Kardashian) done. She has had enough, and she told him that she wants some space to figure out her future," People quoted a source as saying. "He's okay. He's sad, but okay. He knows the inevitable will happen, and he knows that it's coming soon," the source added.

Kim is currently dwelling in Los Angeles with their four children - North, Psalm, Chicago and Saint, while Kanye is living at his ranch in Wyoming. The couple has been living "separate lives" after Kanye went on a Twitter rant about Kim and her mother, Kris Jenner, during his unsuccessful stint at the US presidential elections. While campaigning in July 2020, Kanye had divulged extremely personal issues about his family and marriage.