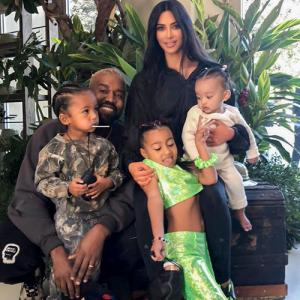 "He's also Chicago's twin lol I'm sure he will change a lot but now he looks just like her." This baby is her second child, like her third baby Chicago, for which she and Kanye used surrogacy for birth.  However, according to reports Kim and Kanye worked with a different surrogate this time.

The couple has not yet revealed the name of their baby boy, but fans are sure it will be as different and as quirky like their three kids. Kim is known to wait a few weeks before revealing the name. However, in a recent interview, she revealed she was considering naming her baby Rob, in honor of her brother and late father.