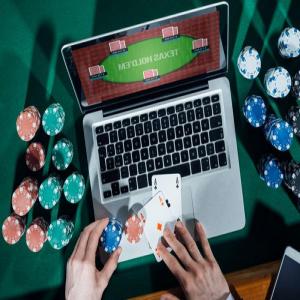 Clarifying the legal status of popular rummy sites and android card games can no longer be put off by the Government. A petition to Kerala High Court made reference to similar motions in Madras and Gujarat, as well as recent legislation in several Indian states. Online gaming has become too big of a business to simply ignore.

Reviewing a recent petition, Kerala High Court became the latest important tribunal to raise the question of online gaming regulation. The court explicitly directed the State Government to plan for internet gaming and gambling regulation. The petition came from a private citizen – cited as Pauly Vadakkan, a film director – who insists that online betting or gambling should be banned until proper regulation is put in place by authorities.

The Kerala HC practically followed suit, after Karnataka, Gujarat and Madras High Courts also pointed to legislation gaps in online real-money game definitions. Many of the nation’s favourite rummy sites and offshore online casino platforms such as PureWin continue operating in the regulatory void, as current federal and state laws are decades or even a century old.

Some states have taken the matter in their own hands – Andhra Pradesh, Tamil Nadu, Telangana and Odisha have placed various degrees of bans on online gambling. Yet, most gaming operators insist that they are offering skill-based games, casual in nature, and declared as legal by the Supreme court ever since the 1960s – quoting poker and rummy in the process.

The problem arises when trying to compare an android card game or an online casino to traditional definitions of skill-based vs. chance-based games and gaming houses, as originally defined by legislators.

What complicates regulatory attempts is the very nature of real-money games and platforms. Many are released as instant and casual games – even on Facebook and other popular social networks and platforms – while in-app purchases and tokens still encourage players to spend money and possibly get addicted.

Online fantasy leagues and eSports are also gaining traction and topping online gaming lists. Celebrities such as India’s cricket captain Virat Kohli or actor Aju Varghese are giving their paid endorsements to plain gambling platforms which are banned in some states and not in others. The latter two celebrities were cited in the petition as encouraging “unsuspecting people” to sign up for popular online games.

One way or another, a market segment as important and visible as online gaming has to be dealt with. A recent report from Deloitte India estimated the Indian online gaming industry as being worth $2.8 billion (₹ 20,500 crore). While this includes a range of games, many of those allow or require payments, regardless of the amount of skill involved. Industry experts place online gaming as anywhere between 5 and 10% of the entire current Media and Entertainment economy market, with a strong growth forecast. Before the Centre decides what to propose as a framework solution, many States seem inclined to regulate or ban online gambling and mobile gaming along with its business potential and social impact.